During December and February the IHM academy held their scout assessment days. One was held at the training facilities Ten Acres Lane. The other was held at our academy at Ellesmere College. The aim of the assessment days is to give all academy players the opportunity to play in front of top scouts from the area, but importantly receive a full scouts report from our partners IPSO (international Professional Scouting organisation).

Colin Chambers, the Director and lead scout/tutor from IPSO, came along to both days and he was joined at the Manchester assessment day by Martin Dobson, IPSO tutor. Both Colin and Martin have been in the game for many years, having great experience in not only scouting, but coaching, playing and teaching club scouts. 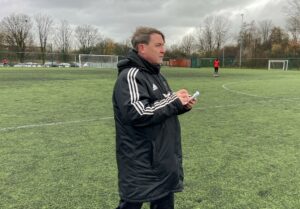 Colin is one of the founders of IPSO and travels the world working with scouts and upskilling them on how to spot talent. Having a coaching background too, Colin is ideally placed to give the players feedback on what he sees. From a scouting perspective Colin works with a number of clubs, from premier league to local non-league clubs, finding players and referring talented players.

Martin has done everything in the game from being an apprentice to a full time international footballer with England. Martin has been in the game for over 50 years and has been a player, coach, manager, scout, director of football, director of academy as well as working for many teams as a very experienced scout and analyst. Martin was the 1st player to be transferred for £300,000 from Burnley to Everton (in 1974 a record at the time). He’s played over 600 games at the highest level for Burnley, 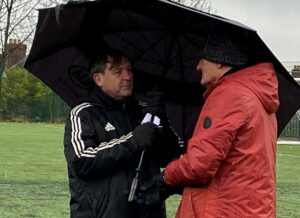 Everton & England. As an England international footballer he gained 5 caps for the National Team. He was a manager at both Bury & Bristol Rovers, Director of Youth football at both Bolton Wanderers & Burnley and also worked as a 1st team scout for Ipswich Town FC and Everton. Martin was the 1st team scout and part of the Leicester City staff when they won the Premier League. Currently working with Colin and his team Martin will begin to travel the world to teach clubs the best routes of recruitment, whilst continuing to watch out for talented players himself.

During the IHM scout assessment day, every player enrolled on the programme was included in the assessment game. The players played out a competitive 11 v 11 with Colin watching on and taking notes. Each player participating will receive a scouts’ report. This will highlight how a scout would see them in that game and areas for improvement.

The day also features a classroom session with Colin. Colin reviewed one of the IHM previous games captured on the academy VEO camera with the the players. Colin was able to talk the players through what he, as a scout, saw in the game and what he would report back to an opposition manger if he’d been request by a club to do a report on the team. Similarly he was able to highlight individual play and what areas, when scouting, he would look at. The final part of Colin’s classroom session was a very beneficial presentation on how scouts work, when they look for and how they report back. This is a great insight for the players to understand the scouting process and enable them to perform at their highest level to optimise their chances now and in the future of being seen.

All the players engaged fantastically in the sessions, which will be repeated in the second half of the season, giving the players an opportunity to showcase themselves again and improve on their reports. The reports received can be used for future progression and added to the players portfolios. Here you can find lots more information about our academies based in Ellesmere College and Manchester.

A massive thank you to Colin & Martin for their time and work with the players.

Check out more about IPSO. 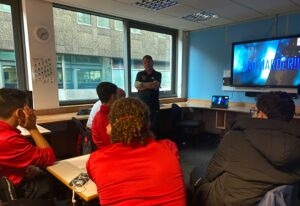 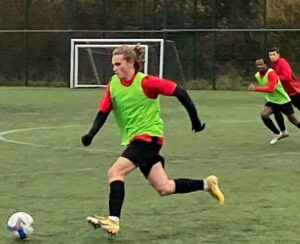