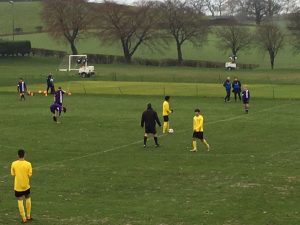 January 17th saw the first game of the New Year when the Academy welcomed Shrewsbury Town’s U14 team. It was a chance for the lads who had not played in the recent school fixtures to have a game against a Football League One Academy side. It was played on the school’s Astroturf pitch which meant the ball moved quickly and the boys took full advantage. Throughout the game they moved the ball from side to side exploiting any gaps in the Shrewsbury team. Time and again they executed patterns of play from the goalkeeper to the strikers, understanding their roles but more importantly having the confidence in themselves and each other to pull it off. As a defensive unit they were excellent, marshalled by the two centre backs Max Moltoer and Vincent Cheung. Fullbacks Mohamed Saud and Constantin Roder’s use of the ball and choice of pass was key for the team as they made us of Archie Floate, ZhiZhui Zou and Mohamed Ahmed up ahead of them. The two midfielders James Prescott and Macdonald Ferguson gave a superb balance to the game, breaking up opposition play and starting counter attacks throughout. Daniel Fauter up top worked tirelessly for the team to hold the ball up and occupy the opposition defence until he finally ran out of steam. 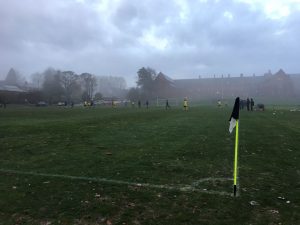 The goal came from an unlikely source in an even more unlikely position as Max Moltoer found himself the furthest player forward after following up an attack from his defensive position. He took full advantage of an error from the Shrewsbury keeper and slotted the ball home to make it 1-0. Ellesmere continued to dominate the game but the Visitors scored an outstanding goal with a strike from nearly the half way line however our second goal came from good work by substitute Jinwoo Pyo, a great finish from Jinny put the game out of sight. The Ellesmere lads should be really proud of what was an excellent performance. 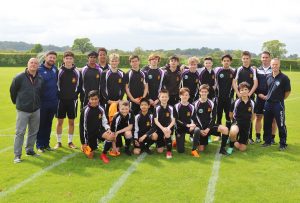 If you wish to join us at IHM Ellesmere Football Academy, please see here