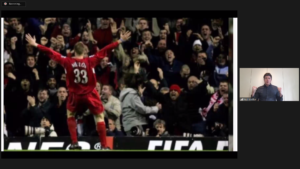 This week at the IHM Academy we were delighted to be joined by Neil Mellor for a truly inspiring session on resilience for the players.

Neil started his footballing career at Liverpool, famously scoring a last minute volley from outside the box against Arsenal. He later would be involved in a famous European night at Anfield, teeing up Steven Gerrard for his stunning Champions league quarter final winning strike against Olympiakos in 2005, which Liverpool eventually went on to win. He enjoyed further spells at West Ham, Wigan, Preston and Sheffield Wednesday, scoring 72 goals in a 241 game career cruelly cut short by injury. These days Neil is a successful Sky Sports and LFCTV presenter, alongside running his other online businesses.

Neil joined our players this week on an online webinar and spoke about how during his career he has to overcome adversity at a number of different points. Starting with being released by Manchester City at the age of 16, but then focusing on proving them wrong and bouncing back. Throughout the talk Neil highlighted the key figures and moments in his career where comments, encouragement and guidance helped him to overcome that adversity and his own inner drive for that success and achievement. 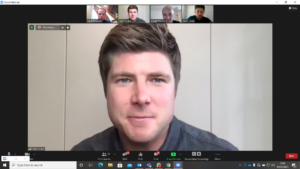 All of this was mapped out alongside Neil’s own moto for resilience and model of resilience which was a shining example for the young players of IHM to follow.

For the majority of the IHM academy players this would have been a truly inspiring and stand out session in their journey in football and underpins the message and guidance given by the IHM team daily to the players.

Director of Football Mick Brennan said “the session with Neil was one of the most inspiring and relevant talks we’ve had at the academy, the message was totally on point and Neil’s passion for resilience and to share that message with others was so clear. At the academy we try to instil these qualities and techniques into our players as the pathway they are choosing and strive for is a very difficult one. Today Neil really focused them, using his fantastic career, stories and moments in his life to, on how they need to move forward and where they need to believe and make the choices in their career to progress. We are absolutely delighted that Neil came to the session to speak to the players and share this with them. A massive thank you to Neil and we wish him all the best in continuing to inspire others in all industries through his talks”

IHM Academy aims to provide young students players from all over the world opportunity to learn more about the game and to develop as a player and young person. These guest sessions are just one way we do that on a regular basis. 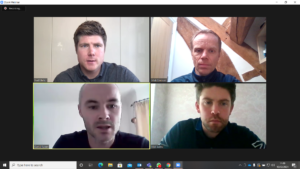