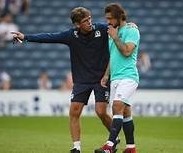 Today, Wednesday 27th January, we are delighted to welcome two guest speakers from Championship side Blackburn Rovers FC. David Lowe and Stewart Heppinstall will be joining our academy teams on zoom to talk about their careers in the game and their current roles in professional football, not only giving the players an insight into how a career path can go in the professional game, but also how a professional club trains, plans and prepares for a game.

David Lowe is currently the first team coach at Blackburn Rovers after being promoted from head of youth coaching in February 2017 on the arrival of new manager Tony Mowbray. Prior to his coaching career David had a fantastic playing career, starting with Wigan Athletic and making his debut first team appearance in 1982 against Reading. David stayed with Wigan Athletic for a further 4 years, seeing them just miss out on promotion in the playoffs and scoring a spectacular overhead kick at Wembley in the football league trophy final against Brenford, helping them win 3-1. 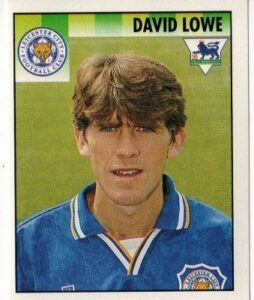 In June 1987 David secured a move to Ipswich Town, where in his first season he scored 18 goals becoming the clubs top goalscoer. At the end of the 1991 – 92 season David had a loan spell with Port vale before a move to Leicester City. During his time at Leicester City he scored 42 goals in 169 appearances, had a further spell on loan at Port Vale and when he returned to Leicester found himself playing in the premier league. In March 1996 David resigned for Wigan Athletic helping them secure promotion and reaching play off finals. In 1999 David moved to Wrexham and then Rushton & Diamonds before retiring from playing to take up coaching roles.

Davids coaching role started with the Professional footballers association before joining Wigan in a number of coaching roles before becoming the head of the academy at Derby County. Following the departure of the Wigan manager Paul Jewel David was placed in charge of the first team for one game, beating Manchester United in the league cup semi-final at pride park. Following his time at Derby David worked with Manchester United soccer schools sharing his coaching experience before joining Tramere back room staff. In June 2011 David joined Blackburn Rovers where he has been for the past 10 years working his way to first team coach and contributing to the success of the club.

Stewart Heppinstall who joins David today on the talk is the current Blackburn Rovers Lead performance analyst. Stewart will be sharing with the players how he came to being in his role and what this involves on a day to day basis to prepare the team for the coming fixture. Stewart, a UCLAN graduate, has worked in this capacity with a number of clubs including Bolton wanderers, Nottingham Forrest and Derby County. Stewart will be looking at his route to first team performance analyst and the importance of this in the modern game.
This is a fantastic opportunity for the academy players to hear first-hand these stories and experience in the professional game and is just one of the way the academy helps to prepare the players for their future in the game, at whatever level and in whatever role. These type of guest speakers give bring the game to life for the academy players.

Mick Brennan, Director of the academy said “We are delighted today to have David and Stewart with us online to educate our players. Our whole programme and ethos is around educating the players on all aspects of the game to give them a broad knowledge of the game in the UK. Hopefully today along with hearing the fantastic careers they have had they can also see that football provides so many opportunities past plying, along with that they can hopefully game a little knowledge for their own game on how the professional teams prepare for games. Current times are tough for our players, like everyone, and not being able to have them out on the pitch is difficult. The players have responded fantastically to the online sessions we have provided during these times at the academy, but every now and again its good to have a slightly different focus, so to have David & Stewart in really provides a boost. Over the coming weeks we have more guests’ sessions planned for the players to keep the engaged and educated on the game.”

The IHM academy provides football and education for players around the world, looking at offering opportunities in the game for progression whilst receiving an education. More information about IHM Football Academy.