“We are trying to help our young players form a strong idea of where they want to go in football.” 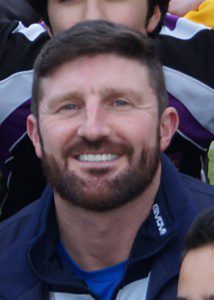 Meet one of our regular football coaches, Jon Macken.

Jon is also currently manager of the local football club, Radcliffe Football Club. Based in Radcliffe, Greater Manchester the club play their games at Stainton Park. The club has a 70 year history but, currently plays in the Northern Premier League Division One West. However, they have finished the season in 2nd place in the table and so qualify for the play off finals to fight for promotion. Jon has done incredibly well with Radcliffe who finished 20th in the league the season before he arrived. He also won the Manager of the Month award in February of this year.

Beginning his career with Premier League side Manchester United in 1995, he then joined Preston North End and managed to notch up 63 goals in 189 league matches until his departure to Manchester City in 2002. Jon was crowned PNE Player of the Year in 2001.

Macken eventually made his first Premier League appearance for City and made 51 appearances during his three years there, notably scoring against United in the Manchester derby in 2004.

He signed for Crystal Palace in 2005 and whilst there moved to Ipswich Town on loan. In 2007 he moved again to Derby County. Jon then went on to play for various other UK pro clubs; Barnsley, Walsall, Northwich Victoria, before joining Stockport County briefly in 2013. He has one international cap for the Republic of Ireland, which he earned in 2004 whilst a City player.

Jon is also a UEFA “A” qualified coach. 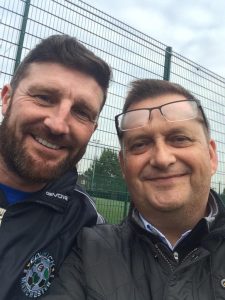 “Jon is a massive inspiration to all the IHM squad. They all look up to him and respect the phenomenal playing career that he has had. Our players are genuinely lucky to be able to benefit from Jon’s wide and valuable experience as both a player and coach. We are all proud to be working with him.” says Pete Hayes, IHM Director.

“It’s also incredibly exciting to see a player who you have previously admired and watched play coaching the IHM squad.” enthuses Hayes.

Jon himself is a great believer in the work that he does with young players at IHM: