“Pretty Awesome, I enjoyed every moment!” 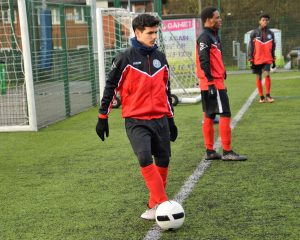 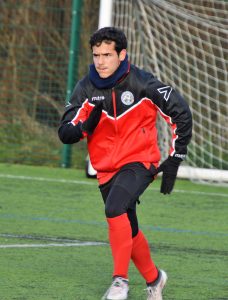 Francisco is 22 years old and comes from Argentina. He has just completed his 4 week English + football coaching programme at IHM Football Academy. So, his daily routine involved him taking English lessons in the international classes at IH Manchester every morning and then transferring to the football training ground to train with the academy squad each afternoon. Francisco had very specific objectives when it came to his English language classes; he wanted to improve his spoken fluency. He felt that he had to think too long before speaking and that slowed him down. More importantly he is planning to take the Cambridge CAE exam later this year. He has already passed the Cambridge FCE exam.

“My lessons have been fun, the teachers are very professional and they a lot of patience. I enjoyed it, we had fun, we laughed, they are very good.” Francisco enthused.

Francisco feels that his English language skills are improving as he says himself: “from morning until night I am always talking in English, thinking in English.” He added that he is always talking with his host family. Francisco was staying with a regular IHM homestay, Jane and her husband, Simon. Francisco spoke particularly fondly about his homestay hosts:

Also, as the only Spanish speaker in the football academy, he also has plenty of opportunity to practise his English whilst on the playing field, too. But as he says himself, that was always the aim, to be speaking English in every part of his stay with the IHM Football Academy in Manchester.

When Francisco speaks about his football training he becomes particularly animated. He recounts how his first week training was all about building fitness and was particularly hard for him. The following week his coaches focused on passing and dribbling drills. He described the training as intense but states that he likes working out hard. Francisco was impressed with the standard of the players at the IHM academy and found that to be very motivating and good for him as he had to raise his game outside of his comfort zone. However, Francisco saved the most praise for IHM Football Academy Head Coach, Matt Lowe.

“Matt is a great coach, I like his way of teaching and coaching. The matches that we played against other teams were also very good. It’s a high level of football.”

Everyone at IHM wishes Francisco the very best for the future and hopes that his plans come to fruition. However, anyone who works as consistently hard and applies himself so well is sure to succeed. We await news of great achievement.

If you would like to follow in Francisco’s footsteps and improve your English language skills whilst immersed in an English language environment 24 hours a day and at the same time work on your football, take a look at what we offer here.