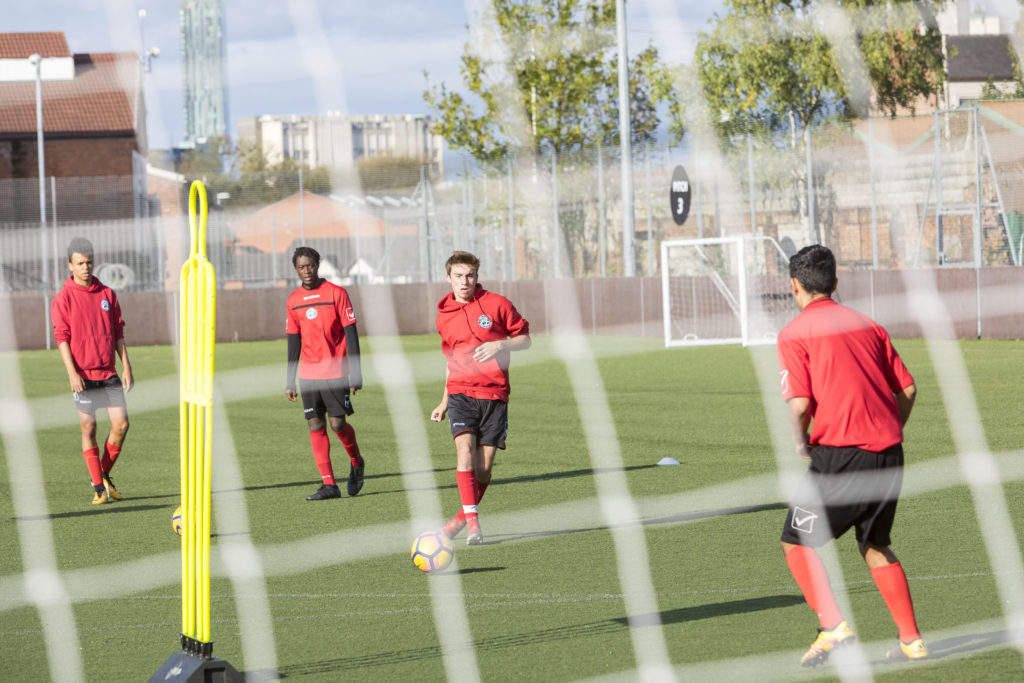 IH Manchester played their first game of the new season against MIFA at Salford Sports Village this morning. It was a great chance for the IHM coaching team to see how the players have gelled, having only trained together for the past 3 weeks.

The team started the half well and the IHM players dominated the first half possession-wise. However the team were unlucky to go behind before half time with MIFA scoring from their first real threat on goal.

The away side’s attacking threat continued with some fantastic one touch football being played before a penalty was awarded to IHM for a foul inside the box. The home keeper did well to save the spot kick from Omid. Some top drawer defending from David and Dimitri at the back allowed a knock on to Jonathon in the midfield, who after some good link up play, would go on to score his first of the game.

After the break the home side started the stronger and after MIFA had a couple of good chances the ball was played to Julian on the left flank who proved dangerous with some good balls into the box. A further goal from Jonathan and one from the goal hungry Omid secured a 3-1 victory for IHM whose coach, Chris Honor, was very impressed with IHM’s performance.

“The boys played well together and the way they transitioned the ball from the back to the top of the field was testament to the hard work the lads put in on the training ground.

An area we need to work on is releasing the shot earlier in the final third but the team were all out wanting to impress and that they did.” enthused a delighted Coach Chris.

Scorers & Man of the Match:

Man of the Match: