Marcell continues to impress the coaching staff at IHM 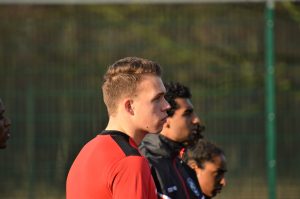 Meet Marcell, age 17 years,  from Hungary. He’s a goalkeeper and has made quite an impact since joining IHM Football Academy in September 2018. I was contacted by Marcel’s father in summer last year. We began to discuss the best options to enable Marcell to reach his full potential as a player whilst keeping his options open in full-time education. 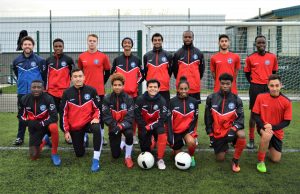 Marcell has been invited to trial with and played matches for Manchester Central FC. Manchester Central FC is a local club with a big history being founded in 1928. It was whilst playing for Central FC that Marcell was first spotted by one of the coaches and invited to play for Macclesfield Town Reserves. Macclesfield Town are currently in League Two of the Football League. Marcell studies English language with IH Manchester and is working towards exams. He was also identified as a prospect when US Soccer Assist came to watch both the Ellesmere and Manchester squads. US Soccer Assist provide help and guidance to young players considering applying for a soccer scholarship for US colleges and universities. The level of football in the US college and university league is very high and so suitably skilled and motivated young players with the required educational qualifications can fund or partially fund their studies. A lot of pro players are recruited via these leagues, so it is a smart route for a young player and fits the IHM Football Academy ethos of always giving equal time and effort to your education. It’s a player’s plan B, should they not make it as a pro player or in case their playing career ends abruptly due to injury or illness. 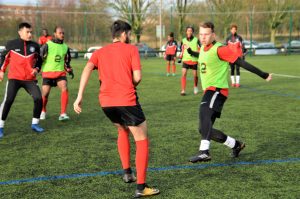 “He has continued to impress the coaching staff with his Goalkeeping skills and professional attitude.

I have seen a good improvement in Marcell’s distribution, he has started to add variety and consistent quality when starting off our play.”

But we feel that Marcell’s father, Sandor, can best explain from a father’s perspective why he chose IHM Football Academy for his son:

“My experience started with IH Manchester Football Academy in July 2018 when my son came back from England where he had participated in a football development summer camp. 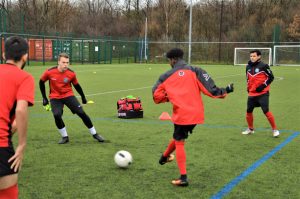 It was a very hot summer afternoon on Saturday, when I sat on the beach together with my wife and our friends. I was trying to find a solution for my son who had made the decision that he wanted to continue his school and football career in England. I sat on the beach surfing the internet and I found IH Manchester.

I found all the information what we wanted. (Football Academy + English language school + BTEC education)

I found a contact (Peter Hayes) on the website and I wrote a couple of sentences to him about our challenge . I was surprised when I received an answer a few minutes later. I would like to remind you it was on a Saturday afternoon!  I emailed him lots of questions in the next couple of hours, and I got all the necessary information from him that I needed. I did not know that I was chatting to the director and owner of IH Manchester Football Academy.

His fast reaction, clear communication and supportive attitude impressed me. His passion regarding his school and football academy built up a trust in me.

Yes I was looking for this kind of environment for my son. This conversation formed the basis of my decision that IH Manchester Football Academy is the best place for my son.

By now I have had 5 months experience with IHM and my wife and I are sure that our decision was a good one when we chose IH Manchester Football Academy as a second home of our son.

We are not able to see the future , we do not know if our son will be a professional football payer or not, but we do know that his time at the IH Manchester Football Academy is a great experience on his journey to adulthood and he has lots of new friends and he will remember this time as one of best times of his life.”