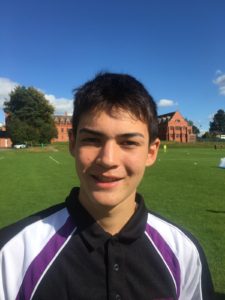 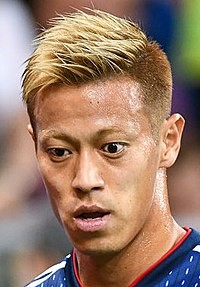 Great news for one of the IHM at Ellesmere College student players!

15 year old Japanese national, Koki, was incredibly excited to learn that he had been accepted onto Japanese football legend, Keisuke Honda’s, debut mentorship program. In 2017, Honda launched a new business called “Now Do” which facilitated him to advise boys and girls, who are aiming to become professional football players, through a smartphone App, acting as their personal mentor.

Last December, Honda announced via his Twitter account, that he was accepting applications for his new online mentoring program. Over 20,000 players responded with just 20 places being available. Koki applied and was so excited to recently learn that he had been accepted onto the program!

The program will provide mentorship to young Japanese players who hope to play professional football in future. The students are assigned a training assistant who advises them and gives them both physical and mental training assignments to complete. These students will be in direct contact with Honda two or three times a month. Koki already has already been set his first assignment and is raring to go.

“Koki has clearly impressed Honda with his application. Watching Koki develop at IHM at Ellesmere College boarding school it isn’t difficult to see why he has been selected. I’m sure that this direct link with such an influential and experienced player will only further boost Koki’s motivation and dedication. We all wish him well.”

Keisuke Honda is a Japanese football player who currently plays for Campeonato Brasileiro Série A club Botafogo. He is also general manager and coach of the Cambodia national team.

If you would like to take your game to the next level whilst completing your high school education, then come and join us at IHM Football Boarding School.