Jon Macken Speaks to the Players 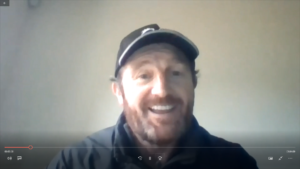 The IHM academy player have once again had a fantastic insight into the world of professional football and some first-hand advice from ex Manchester City Star Jon Macken.

Whilst the current pandemic has meant we are unable to get out on the pitch to pay, it has given the IHM team a great opportunity to have a number of high profile and inspirational guest speakers online to guide and advise our young players.

Jon Macken was this weeks guest speaker, to the delight of the IHM management team who have a great relationship with Jon.

Jon started his footballing career as a young player at the Manchester United academy, a team he supported from his local home town. He was one of a few players at the time who stayed through the academy set up all the way to gaining a professional contract at Manchester United, what a fantastic start in football. Following a couple of years as a pro at the club Jon made the decision he needed to progress in his career and play first team football. He moved to Preston North End in league 1 where he soon became a star under then manager David Moyes. After a few seasons at Preston Jon became Manchester City’s record transfer fee, signing for £5m. At Manchester City Jon made his name by being a great goal scorer under Kevin Kegan’s rein, scoring in the first ever Manchester Derby at the new Etihad stadium, helping City beat their local rivals for the first time in years. Following on from his time at Manchester City Jon moved onto a number of clubs including Crystal Palace, Ipswich, Derby, Barnsley, Walsall and then into non-league before retirement.

During his career Jon was one of only a few players to represent two countries, England & Rep of Ireland.

Now Jon is into Management, having successfully managed Radcliffe over the past couple of season and is also looking towards a career in directorship of clubs, working through the club directors course.

Jon relationship with IHM started many years back, after he retired from the professional game and he started hosting students for the school. Following that a few years later Jon returned to the school as a guest speaker, after working with the academy players during his FA coaching course. Once Jon was in the school and talking to the players he soon got the feel for the international academy and coaching, becoming one of the academy coaches on a regular basis before stepping back to concentrate on his management in the game.

IHM were delighted to have Jon back talking to the players this week. Jon talked in detail through his career, the steps he took, the pitfalls, the highs and lows. Some key messages Jon gave to the players were around attitude in the game, telling the story of how at a young age he was picked up by the Manchester United scouts not only because of how he played, but how he was vocal and encouraging to his teammates. This is still something he believes in to this day and would always look at the character of a player before signing them, something he has done in his managerial career giving the IHM players real examples of players he has sign for their attitude, energy and commitment.

Once again this was a fantastic example for the IHM players and we were delighted to have a player of Jon’s experience talking to the players. 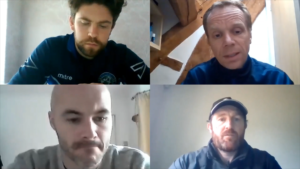 Director for Football Mick Brennan Said “We were delighted to see Jon again and a massive thank you for the inspiring talk to the lads. Jon is and always has been an enthusiastic, informative and knowledgeable coach when he’s been out on the pitch with the boys and once again its great to hear his story with such passion, but how he can relate that to the journey our players are on. Jon mirrored the message we try to give our players on attitude, drive and commitment which was fantastic and gave real honest and open account of football when he was playing. A real inspiration to a young player and we are so fortunate to have Jon in to talk to us today. Hopefully they will have all taken something away from the talk today to use in their careers.”