IHM at Ellesmere College Are Back To Winning Ways 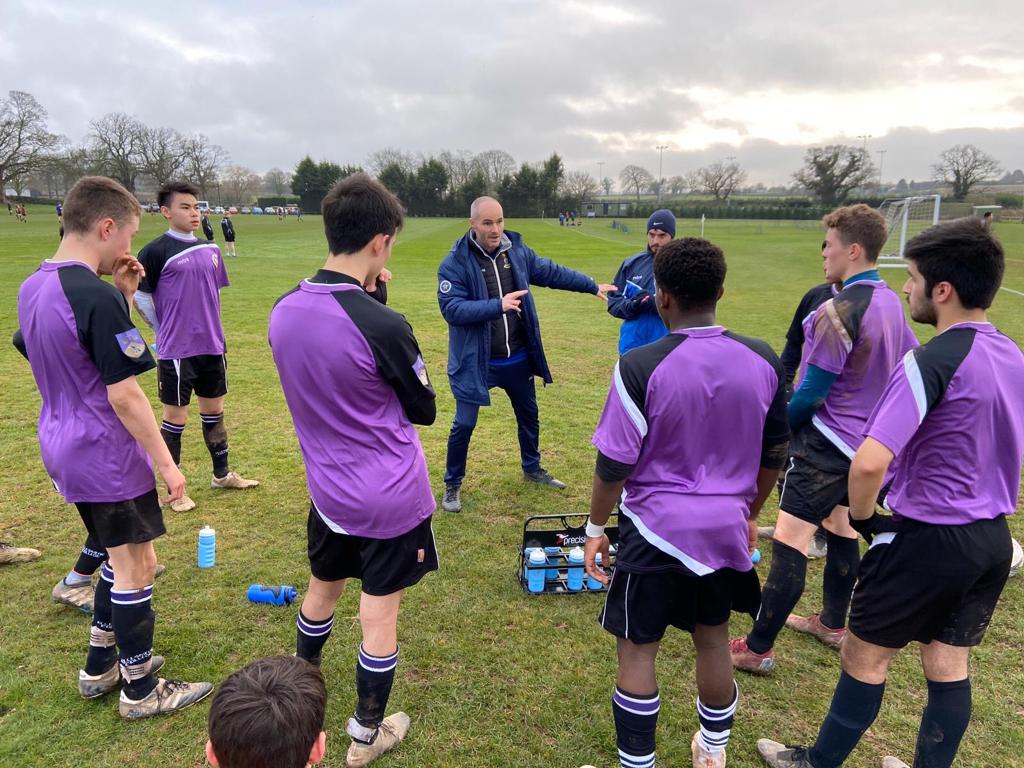 Head Coach David Raven was as proud as punch yesterday as he watched his team come out 3-2 winners against a strong Shrewsbury College 2nd XI. After two weeks of disappointing results, with the team losing in the last few minutes, it was extremely satisfying and pleasing to see the team come good.

From the first minute the tempo was high, the team pressed high and passed the ball well. After going 1-0 down, through some sloppy defending, they again showed their strength of character to come back into the game and go into the break 2-1 up, courtesy of two cracking goals by Mullock and Sebuabeh. Again, we were pegged back against the run of play but this only succeeded in driving our determination to win even more, and through Rohan Pattabi we scored a deserved winner. A truly outstanding performance from all of the team, especially after the results in the last two games.

To come and play possibly the the best team in this league was an amazing boost to the lads’ confidence. Especially when it is considered that the IHM team is made up of younger boys, playing against lads two or even three years older, who are physically stronger and fitter, it only makes this achievement even more impressive. David was particularly impressed by the positive attitude shown by his team:

“It was great to see the grit, determination, the fight and the hunger. Which is what football is all about. They gave everything and I’m so proud of them.”

IHM Director of Football, Mick Brennan was there watching the game and he remarked upon how the lads had the ability to play calmly on the ball and manage the game towards the end. David was most encouraged by this as he recounted how in previous weeks the boys had lost games because they’d been too expansive, made bad decisions, chased balls they really shouldn’t have bothered with and the team’s shape had been all wrong.

“You saw in that game there that we’ve learnt the lesson against a good side where we had to manage the game.”

David goes on to describe how his tactics worked and the plan came together.

“A couple of times it was just a case of getting the team up, getting the ball over the top, let’s squeeze them and release the pressure on the back four. And they recognised that and to see it come together in a game like that, it was really pleasing.”

Mick asked David who were the stand out players, but David felt the whole team ? Goals came from Glenn Sebuabeh, Will Mullock and Rohan Pattabi. There were some great crosses into the box by James Prescott and Leo Buckley had another good game.

“It’s hard to pick out anyone. We’ve beaten teams 6-0 this season, but that was our best performance yet!”

Man of the Match: