Yesterday, IHM at Ellesmere College Head Coach, David Raven, attended a Midfield Masterclass delivered by some stars of the midfield.

An in-depth presentation in the morning was led by Michael Beale (Rangers Assistant Coach), before Scot Gemmill (Scotland Under-21s coach) led a tactical session on the pitch at Oriam, Scotland’s performance centre for sport at Herriot-Watt University in Edinburgh. In the afternoon, Paul Scholes (Ex Man Utd & England), Scott Brown (Celtic captain) and former Man Utd and Scotland midfielder, Darren Fletcher, presented their ideas and thoughts on what makes the perfect midfielder and how the position has evolved. 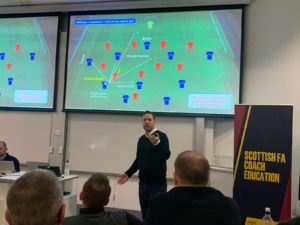 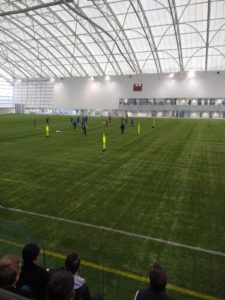 “I was keen to try and bring the best quality experts to Scotland, showcase their their knowledge and really target key areas across the pitch.”

It was an excellent development opportunity for David and he felt that he had gained so much from the event. To be able to learn from accomplished players and coaches, with so much experience of top level football, was an awesome opportunity.

“When I was a midfielder I tried to get involved with everything, whether it was attacking or defending.

Coaches are crucial for the development of players. They are what made me a footballer. Guys like Eric Harrison, Nobby Stiles, Sir Alex Ferguson and Steve McLaren all made me the player I was.”

David can return to the academy now, fired up with new ideas and inspired by the experience and know-how of those leading the sessions. 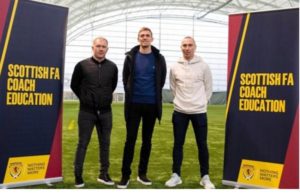 If you would like to dedicate yourself to improving your game and following your football dream, click through for details of how to apply to IHM Football Academy