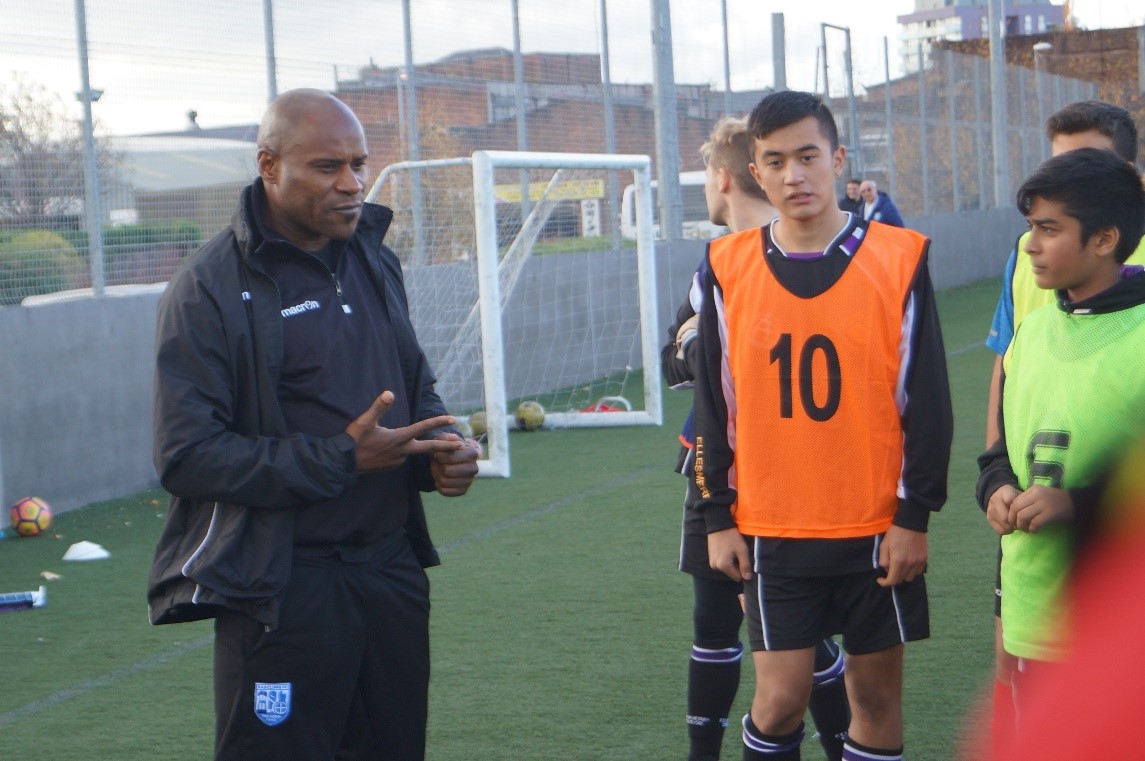 Former Premier League defender, Frank Sinclair, will next week be passing on a few tips to budding young footballers on the Talent ID course at IHM Football Academy next week. Sinclair, who worked under Glenn Hoddle, Martin O’Neill, Gianluca Vialli and Ruud Gullit during his playing days, coaches for IHM and shares his experiences of breaking into the professional game, having represented eight clubs during his career. The 45-year-old helped Chelsea to FA Cup glory in 1997 and League Cup honours the following season before O’Neill took him to Leicester City for £2m, where he was part of the team that won the 2000 League Cup.

Sinclair said: “I can remember being in and around professional players at Chelsea from the age of 13 and the club has a tradition of supporting young players, so I have always tried to give something back to grassroots football.”

“The education and football at IHM is an excellent offer and the academy program for youth football is so important nowadays.” Sinclair, who also played for Jamaica in the 1998 World Cup finals, is the latest ex-pro to join the football academy at IHM.

“It’s great to have these guest sessions at our academy, but especially having Frank involved on a more regular basis is just fantastic. “What a great opportunity for the boys to gain knowledge and talk first-hand to someone who has worked hard to be successful in the game”.