“First of all, I love football. I saw IHM and thought this might be a good opportunity for me.” 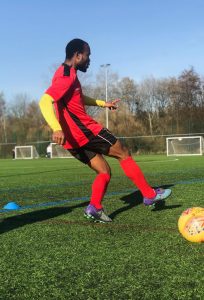 Rodrigue speaks with excitement as he recalls his first few weeks at IHM Football Academy. He demonstrates the respect that he has for his Head Coach, Matt, when he talks about how he helped him with his fitness when he first arrived at the academy in Manchester back in September 2018. Matt then went on to address Rodrigue’s positioning during open play, his ball control and how to shoot. Rodrigue was always happiest playing up front as a striker, but acknowledges that Matt has already really helped him to become a better player.

“Now I have a nice touch, I’ve scored some goals and it’s amazing.”

Rodrigue is also very enthusiastic about his team mates and the cameraderie he has experienced at IHM from the beginning.

“I’ve got amazing team mates, we’re like family, we go to the gym, do training, do school work, always together.” he says warmly.

Rodrigue is making excellent progress with his academic work, too, he is taking the BTEC Level 3 Sub Diploma in Sport Performance. Rodrigue quickly identified taking the BTEC course as an ideal Plan B, were he not able to make it as a pro player. A sensible strategy considering how difficult it can be to sign a professional contract. The competition is immense with many capable young players being released from pro club academies every year and having to try and fight their way back into the pro leagues. Rodrigue would like to work in a role whereby he could be involved in analysing football stats or alternatively, train to work in Sports Therapy.

When you are travelling many thousands of miles to study it is imperative that you stay in a welcoming and caring environment., in short, you must organise good accommodation. Rodrigue chose IHM homestay accommodation and is so happy with his choice. His host, Rob really goes out of his way to make Rodrigue feel at home and involved in all aspects of his everyday life.

“My homestay host is good. I see him as a parent. He’s always there for me after training. He cooks for me and washes my clothes. He’s good.

Sure I miss my family, but he’s my family now because he’s always there for me whenever I need anything.” 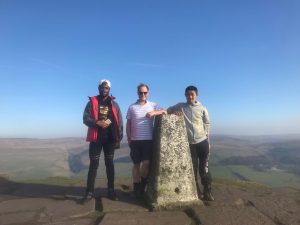 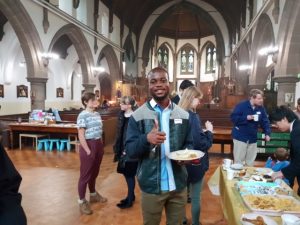 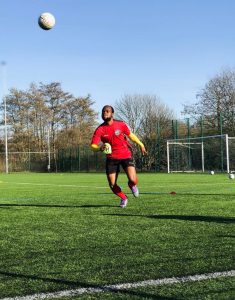