Fantastic insight into Analysis and Coaching 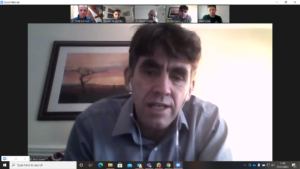 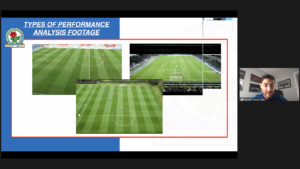 The academy players have had a fantastic insight to analysis and coaching at the highest level when David Lowe, First team coach at Blackburn Rovers FC and Stewart Heppinstall, lead analyst at Blackburn Rovers FC, joined us online to talk about their careers and roles at the championship side.

David and Stewart began the session giving a great background to their careers, Stewart with his educational background through his BTEC in sport, UCLAN university programme and the opportunity he received from UCLAN for a years placement at Bolton wanderers football club, all of which, with dedication and hard work, brought him to a fulltime role at the Championship club. David gave an overview of his fantastic career playing, with Wigan, Leicester city, Port Vale and Wrexham then how he followed onto coaching and made his way to first team coach at Blackburn.

The session overall was not only to hear these great stories of building a career in football, but to hear how a club such as Blackburn prepare for games. Stewart gave a full insight as to how he and his team at the club prepare for games, using the Middlesbrough game at the weekend as a key example, showing the academy players the video highlights they prepare for the manager, coaches and player. David then followed on with how he can translate that onto the grass in a 3 day lead in for the team, working with session that mirror how the game could play out, building to phases of play then 11V11. Between them they highlighted the importance of their teamwork and getting the accurate information over to players and ensuring they prepare the team well for the game. David talked about how they prepared for the game at weekend, and was able to show how that work paid off with the 1-0 victory.

The guest session overall was a great success, the players from the academy put some fantastic questions to Stewart and David.

Mick Brennan, Director of football said “that was a fantastic session, something that these players would only get from listening to those knowledgeable people in the game such as David and Stewart. A massive thanks to them both for their time in educating our players, something that will really benefit their development and hopefully enlighten them to the professional game and behind the scenes of how teams prepare. Thoughout the programme we try to offer these insights to players to help their development, and this session was one of the best we’ve had over the years.”

Find out more about our English + Football Programme