David Raven Has Done It Again! 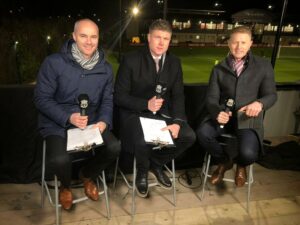 IHM Football Academy, senior coach, David Raven, is this morning celebrating having helped get his team, Marine AFC, get through to the 3rd Round of the FA Cup. David was even made Man of the Match by the BBC football pundits covering the game!

Taking on Havant & Waterlooville was always going to be a tough game for Marine, and so the match went to extra time, being 0-0 after 90 minutes. In a last minute push forwards by Marine, David nearly got his toe to the ball, but the game was settled when Captain Niall Cummins converted from close range with seconds remaining.

David’s career is set to come full circle if Marine get drawn against Premier League giants, Liverpool tonight. David made his professional debut for Liverpool when he was just 17, against Tottenham Hotspur at White Hart Lane. David made a total of just 3 league appearances for the reds before cancelling his contract and moving to Carlisle United. David then enjoyed regular professional football next moving to Inverness Caledonian Thistle and famously scoring against Celtic in a cup game.

We await the draw with bated breath and wish David and Marine the very best of luck for the next chapter of their FA cup fairy tale.

If you would like to take your game to the next level whilst continuing your education towards university entrance, contact us now.