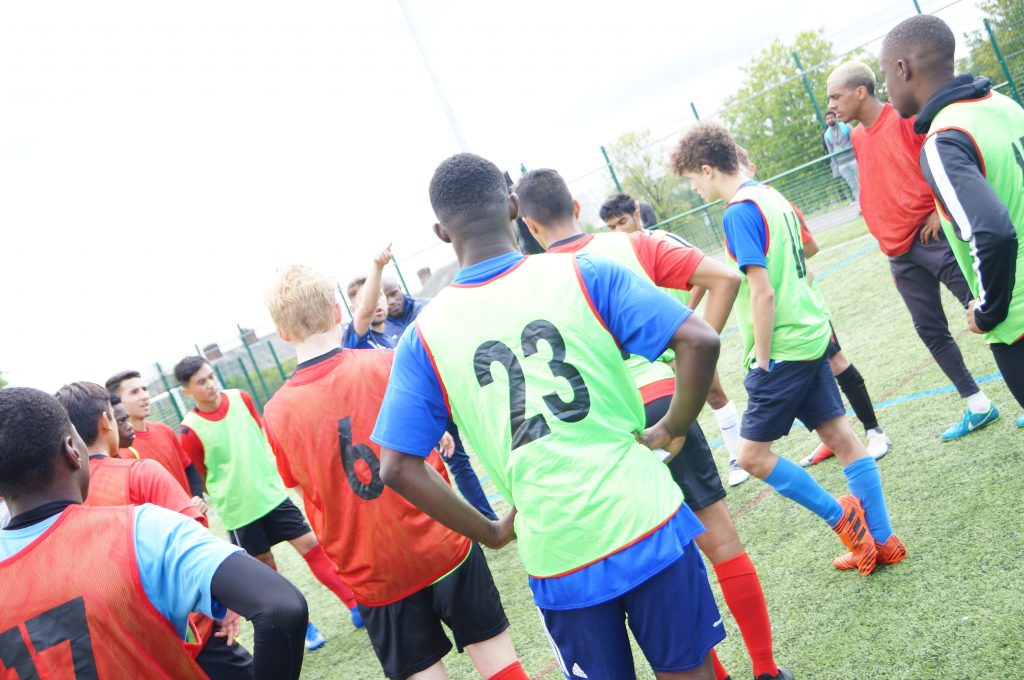 This August the IHM Academy hosted the summer Football Showcase Event. It was held for the first time at our new training location of Ten Acre Lane. Along with the players from the IHM Academy we had a number of local and international players taking part, all looking to showcase their ability in front of influential coaches and scouts from the northwest clubs.

The day began with a briefing from Director Mick Brennan, Head Coach Matt Lowe and Academy Coach Frank Sinclair.  The players were informed of what to expect from the day and what club representatives and scouts look for in players, not only in ability on the pitch, but off the pitch interaction and attitude.

Matt & Frank led the players in a range of sessions to allow them plenty of time on the ball in front of visiting scouts.

In attendance at the showcase we had eight club representatives and scouts from a variety of clubs and organisations including:

IPSO – the leading provider of football analysis and scouting courses.

The players on show certainly impressed the scouts in attendance, with ten requests for details of players, exceeding requests at previous showcase events – just showing the standards are rising all the time!

A great day for the players and we will be holding the next Showcase event in October to find more stars of the future.

Director Mick Brennan said “Once again a fantastic turn out of players and scouts. A massive thank you to them all, especially the club representatives and scouts who continue to support our events. The standards were better this time round on the pitch and we like to think the event itself have improved on previous showcase’s. One of the important things for us, not only to be able to showcase the players, but is to work on feedback received and continue to improve the events, to be able to make the opportunities for the players as great as possible. Well done to the players who were identified, whether that progresses to a further trial or not. To be seen by these scouts highlights that they are playing at the right level, and can push on to be successful in the game. Good luck to all those that do progress to trials, a great achievement. We can’t wait until the next event, which will be bigger and better than ever.”