Another Home League Win For IHM at Ellesmere 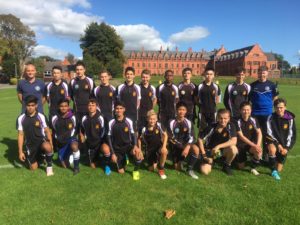 It was another victory for the Ellesmere players in the U19’s Shropshire league, to make it 7 wins in the league this season with 4 games to go, keeping the side in touch with the top spots in the league.

It was a competitive game throughout, with Ellesmere playing some exciting attacking football and having plenty of chances early on. After a lot of pressure from the Ellesmere side eventually a break through came from Ameya Shelar through great work by Sebuabeh on the right side of the field, something he’s been doing all season. After conceding just before half time, Ellesmere started the 2nd half very brightly and scored again through Leo Buckle with a 35 yard screamer. Max Molter made it 3-1 with a tidy finish from a corner and despite conceding again, Ellesmere held on for the win showing how well they have developed over the season to manage a game to the end.

Head coach David said “Once again another fantastic performance by the players to come up against a strong side and play the way they did. some great football on show here again by the lads, and some fantastic goals. It could have been more if we’d have taken a few of our early chances, but really pleased with the boys.”

The next game in the league the lads travel to Codsall where they will be looking to go for three wins back to back and and overturning the team that beat them at home in November.

Man Of The Match 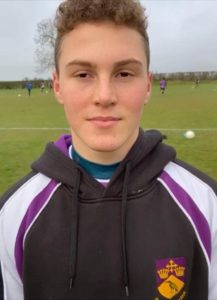