An Outstanding Performance in Manchester 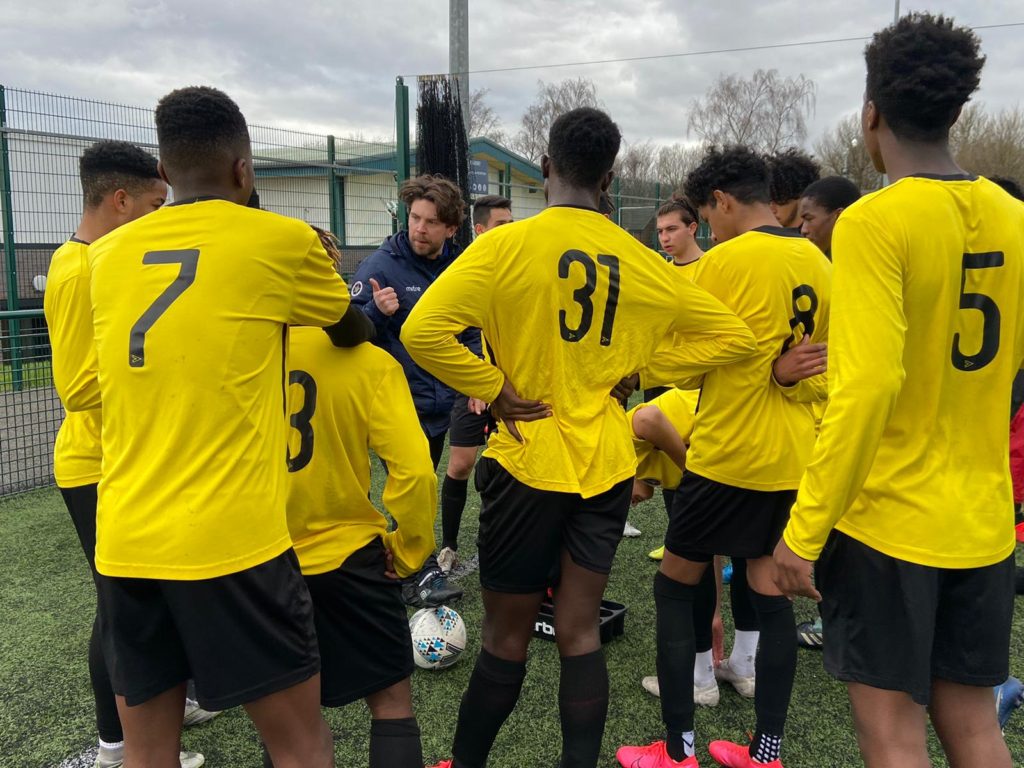 Head coach Matt talks the boys through the game

The IHM academy senior team got back to winning ways in style last Wednesday, with an emphatic victory over Isports Academy.

After what has been some frustrating results in recent weeks, where the score line just hadn’t justified how the IHM player had performance, this time round the IHM players made the chances count and were clinical in front of goal, right from kick off.

As the game started, IHM took control of the play, looking confident on the ball and very quickly started to find gaps in the opponents back four. Within the first 10 minutes IHM had capitalised on two of those chance to led the game 2-0, quickly adding two more before the break and coasting into half time with a 4-0 lead.

As the second half began the visitors started to get frustrated and struggled to get time and space on the ball with IHM closing down so quickly. IHM kept their composure, shape and game plan and added a further five goals in the second half, only letting the visitors in on a consolation goal via a mistake.

With what was the performance of the season in every part of the field the IHM team were outstanding.

Head Coach Matt said “Great to see the boys back to winning ways.  All Players showed great desire and professionalism, matched with a solid footballing performance throughout the game, worthy winners.”