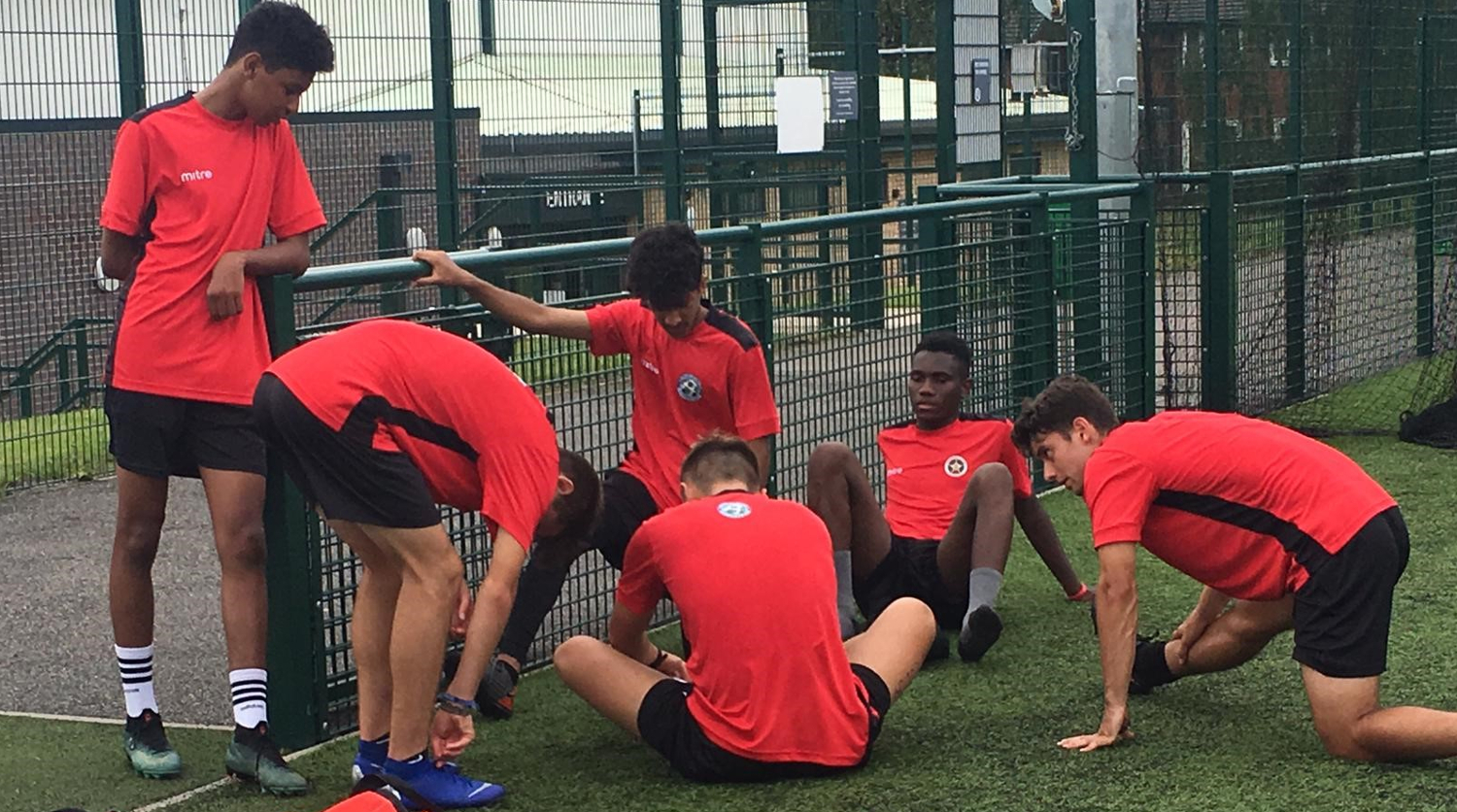 Sam is 19 years old and from Australia. He has got a UK passport and is a British citizen. Sam has come over to IHM with his dad and was initially enrolled onto the 2 week Talent I.D. programme. However, things have gone well for Sam and so he has decided to stay on to train with us further.

Sam performs well academically and has already completed his High School education back in Australia with excellent marks. He’s now taking time out to see how far he can go with his football. Sam has enjoyed the Talent I.D., the morning Sport Science lectures and workshops, the excursions to Old Trafford and the competitive matches, but what he has most enjoyed most is being noticed by the scouts.

Sam stood out for his great vision and technical skill. His ability to play well with his head up at all times and his ability to read the game intelligently. He has been identified as a strong central midfield player. A slight change of position for him, but one suggested by his coaches that he does seem to suit. As he says himself:

As a result, Sam has been invited to train with two local clubs in the pre-season, which will give him further opportunity to demonstrate exactly what he can bring to a team.

During his interview, Sam reflects on the differences that he has noticed playing in the UK, vis a vis Australia. He remarks on how the tempo of play differs from back home:

“Here the game is a bit more intense, people are more aggressive, they tend to press more. They’re in your face. I guess you have less time with the ball, that’s the main difference.”

Sam displays a confident, positive yet humble approach when reflecting upon his performance and this attitude will certainly endear him to the coaches and to the scouts.

“I like to stay humble and just see where things go. I don’t want to get ahead of myself.”

But, Sam has a clear ambition to eventually make it as a pro player and doesn’t want o set a limit upon what he can achieve. He is realistic as to how he will need to work his way through the lower leagues if he wishes to play at the top level. He understands that the road to success can be long, hard and punctuated by set backs, but he accepts this and will seek to learn lessons all the way in his long term quest to be the best that he can be.

We wish Sam all the very best and look forward to reporting on his progress.