Andrew chases his dream of playing in the English Premier League 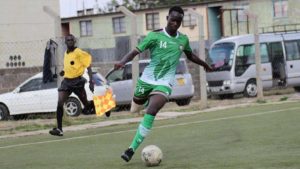 A 16-year-old footballer from Makhese in Kenya is dedicated to his goal of playing in the English Premier League.

Andrew started playing football at eight years of age, and says that his plan and dream is to:

“become the second Kenyan to play in the EnglishPremier League”

Van Persie played for Arsenal before signing for Manchester United in the 2012-13 season. Van Persie won the Premier League trophy with United the very same season. In doing so he completed  280 league appearances and scored 144 goals and cpmpleted 53 assists.

Andrew has been coached by Hamis Mohammed, a member of the Harambee Stars’ technical team, since being a boy. He is now studying at Abbey College Manchester, UK whilst also being a member of the IHM Football Academy squad.

If you would like to join Andrew in Manchester and take your game to the next level, contact us here